Tips from the Doorman Days in East San Jose 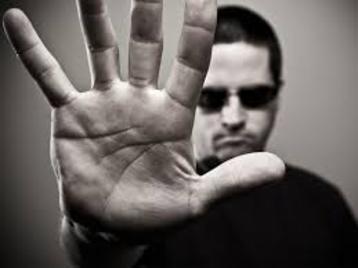 From 1993 to 1995 I worked as a bouncer at two different watering holes in San Jose, California. I wanted to observe and participate in “real world” violence. Oh, the fun, and I even receive a paycheck to boot.

Before I could check for fake driver licenses and throw-out drunk people, I had to hit the gym and gorge on highly caloric food, because you see, I was a skinny runt (much like I am today). On top of that, I do not drink much alcohol, do not smoke and rarely use profanity; not your typical bar patron. So how was this nerd going to find a bouncing job? Lucky for me, a classmate and martial arts buddy (thank you Scott!) already bounced at a bar and he would vouch for me with the owner. Now thirty pounds heavier and thinking I am the Asian JCVD, this nerd was ready for the door- doorman, that is.

After many late nights, ringing ears (eventually I was smart enough to find skin tone ear plugs), learning to spot fake ID’s and participating in more fights than I cared for, here are a few things this nerd learned:

1) If you want trouble you will find it. The best way to use your martial arts is for health. It is not healthy to fight. (Unless you are fighting old age.) Avoiding trouble is smart. Too bad, not everyone you meet will be smart. If you can avoid trouble, do so. Be ready to protect yourself but do not go around looking for trouble or you will find it, and things may not go your way.

2) Fighters don't usually (although there were some fights, but rarely) square off in a fighting stance. (Darn - all my kung fu poses gone to waste). Posing in a fighting stance meant the person was not really, ready to fight. If they were ready to fight, fists would fly and not be used to pose with. If you find yourself bouncing around like Mohammad Ali, something is amiss. Fists up, in an aggressive stance tells your opponent you are ready and willing to fight. This is not good if you are looking to use the element of surprise. Also, to a witness, you may look like the trouble maker; not good when the boys in blue show up.

3) The majority of the time, there were no winners. Just two guys (or girls) who were both beat up. OK, OK so one was more beat than the other, but usually, both were beat up. Also, fighting on bar property will quickly result in ejection from said property, and with any (bad) luck, a police ride downtown. Free go to jail cards? No winner there!

Keep an eye out for part II.

I have your back,