Conrad Bui (also known as the MAN), took part in the 2017 BJJ American Cup competition and placed first in the brown belt featherweight, masters division. Having placed in his division, he qualified to compete in the absolute (no weight limit) division and submitted both his opponents to earn another gold medal. The MAN accomplished the coveted double golds at this prestigious national tournament.

"Every tournament is a learning experience and today, was my day," states the nerd. "The winner is not necessarily better. Luck is often involved and in my case, I had plenty of it. Thank you to all my team mates and my professor for coming out to support me. Oss." 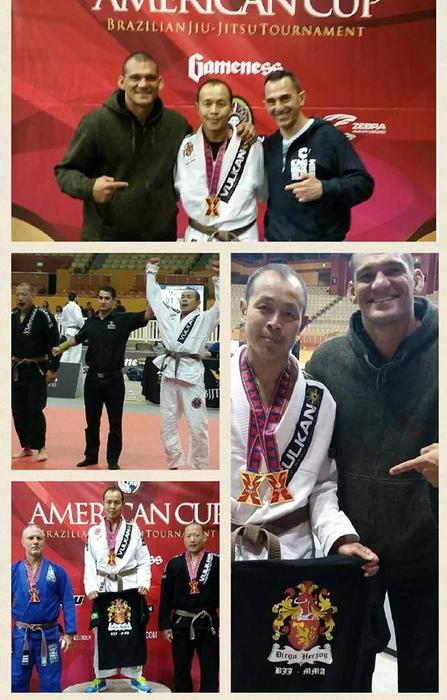